St JOHN the BAPTIST Lodge No39

The oldest freemasonry lodge in the Province of Devonshire.

The oldest lodge of freemasons and constituted under the United Grand Lodge of England to continuously work outside of London, and the eighteenth oldest Lodge in England and Wales.

However after a disagreement with UGLE, there was an interruption, when it was erased in 1754 for five years [But} the lodge continued to meet on an regular basis in the taverns of Exeter and after fees were paid, we resumed membership of UGLE. 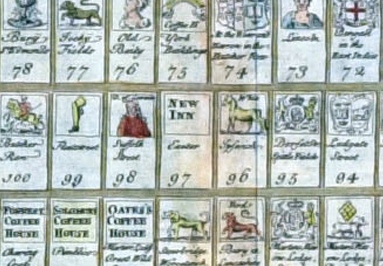 In the corridors of the United Grand Lodge of England, there is a painting in the year 1737; of the first 129 lodges and we are, at the time No:97

Picture Four:            our original warrant or "deputation to constitute" 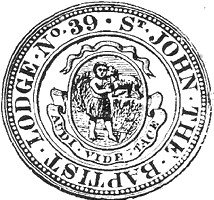 By the early 1730s Exeter was becoming a prosperous city, the canal had been widened in 1714, trade was increasing and ships were now arriving from Holland, Portugal, Spain and Italy. So freemasons started to meet in the taverns of the City of EXETER around 1728; and talked about applying to create a new Lodge and relatively rare of at the time.

St JOHN the BAPTIST lodge was formed in 1732; and at the time; George the Second was on the Throne, George Washington was born and the Witchcraft laws wouldn't be abolished for another 4 years

(the last woman to have been burnt as a witch was in Scotland in 1722).

One Fact, for which the brethren of this Lodge should be ever grateful, is that while some of our earliest minutes have been lost, our original warrant or "deputation to constitute" remains to us. This invaluable document, which, through all its checkered history, the Lodge has always kept a strict watch upon, and which is treasured as the valuable heirloom in its possession, gives an exact date by which we can trace the origin of the Lodge. 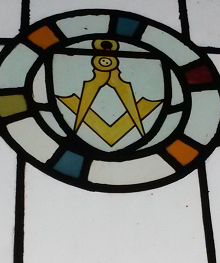 Here at St JOHN the BAPTIST lodge No39 ;

(378th Worshipfull Master of the Lodge)

Bro T.I.A is married with two children and grow up in the City of EXETER and became a barber, he loves being with his family and his motorbike (Leaving the lodge one night in the middle of the ceremony; on hearing his motorbike start) he runs a number of charity quiz nights around this great city ours. 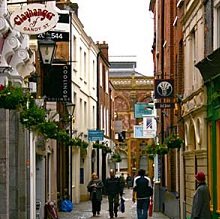